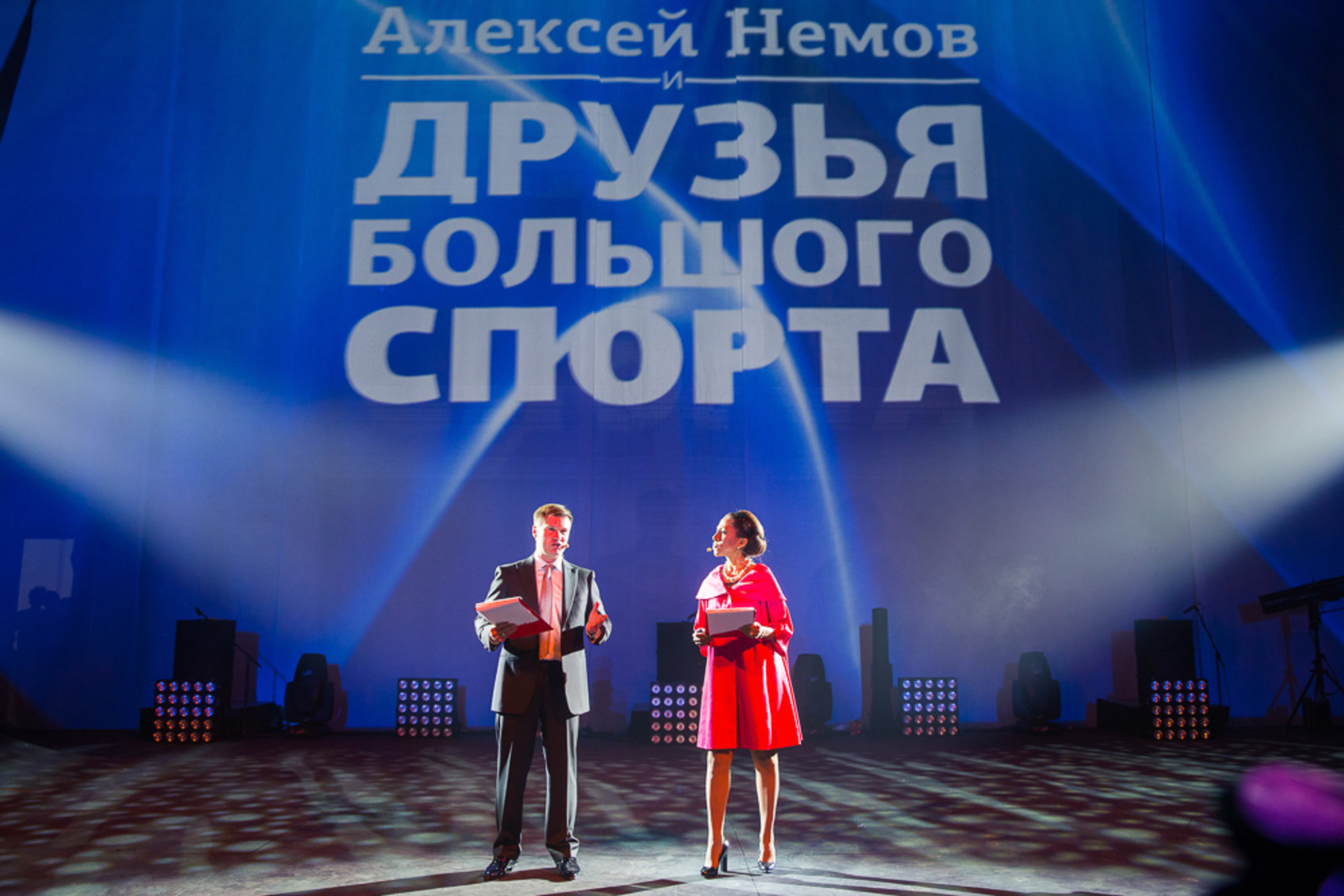 But most importantly, the honoring of Russian athletes took place with the participation of Laureus, one of the most influential charity organizations in the world of sports, of which Alexei Nemov is currently the only Russian member. After organizing a large event in St. Petersburg in 2008, Laureus has not paid much attention to Russian athletes in recent years, consistently overlooking them at the annual Laureus World Sports Awards. Today, thanks to the efforts of Alexei Nemov and BOLSHOI Sport magazine, the official media partner of Laureus in Russia, this situation might change for the better.

A delegation arrived from London to Moscow for the event at the Vetoshny, consisting of two members of the Laureus World Sports Academy – Boris Becker and multi-time world rugby champion Sean Fitzpatrick, as well as Ned Wills, Global Director of the Laureus Sport for Good Foundation, and Tom Pitchon, Head of Programmes at Laureus Sport for Good Foundation. "As the initiator and main organizer of the event Friends of Big Sports, I set myself the task to promote sports-related charity initiatives in Russia,” said Alexei Nemov. Before the evening gala, two Laureus Academy members – Becker and Fitzpatrick – took part in the Special Olympics charity event, held for young athletes with disabilities. “Currently, we are building a Special Olympics charity foundation. There will be special events for children with disabilities. Everything related to sports in the name of good is very important and we will continue to look for partners to carry out such campaigns. Laureus will do all this together with the BOLSHOI Sport magazine,” said Nemov.

Alexander Zhukov, President of the Russian Olympic Committee
“By organizing this charity event, my friend Alexei Nemov has made a breakthrough. Our guests from Laureus should pay more attention to Russia and its athletes. The World Academy has honored outstanding athletes from around the world many times. I have always said – and will continue to insist – that our country has many worthy candidates, for example, the Olympic champions in synchronized swimming or rhythmic gymnastics.”

Larisa Latynina, nine-time Olympic champion
“In spite of our age difference, I have a very good relationship with Alexei Nemov and his wife Galina. I felt so upset for him when he was unfairly judged in Athens. I hope that nothing like that will happen to our guys at the local Olympics. I’ll make sure to go to Sochi to cheer for them. The upcoming Games will benefit the country greatly, believe me.”

Boris Becker, six-time Grand Slam champion
“I came to Moscow at the invitation of my good friend Alexei Nemov, who just called and invited me to come to the event. It is very important for me that Alexei is organizing this event with the Laureus Sport for Good Foundation. This event is a good start to an Olympic year. Charity in sports is Laureus’ main area of activity.”

Anastasia Ermakova, four-time Olympic champion
“I’m starstruck! A constellation of great athletes, very interesting people: my friend Alexei Nemov is fantastic, he's a very sociable person. The champion gave us an opportunity to see each other again, to remember the glorious past and, hopefully, look forward to a bright future. We also discussed the upcoming Games in Sochi. I am eagerly anticipating medals from our Olympians. I will be sure to watch figure skating, cross-country relay, bobsleigh, and ice hockey!”

Pavel Kolobkov, Olympic champion
“We, the Olympic champions, meet quite often, because we are great friends. The time we spent in trainings, in competitions, at the Olympic Games, it can never be forgotten, because it brought us closer together. On the other hand, it’s nice to see that Alex is not fixated on athletes only; he is able to find new friends, and then gathers everyone together and introduces us to people who don’t come from the world of sports. What he’s doing is very beneficial and important, and we are all very grateful to him.”

Svetlana Romashina, three-time Olympic champion
“What a wonderful evening, there were so many Olympic champions here! I'm very glad that Alexei Nemov was able to organize this meeting for his friends, not everyone could have pulled it off! Alex found himself after leaving sports. He's doing so well and I hope that I will be able to do the same after the Games in Rio.”

Natalia Ragozina, world boxing champion
“When I learned that Alexei Nemov became head of BOLSHOI Sport magazine, I thought to myself: a worthy man for the job. Nemov is a legend. Such people should find themselves a new calling at the end of their sports career. Alex called me and asked me to come and show my support. Now I see that he is doing something valuable and positive. Things are working out for him and I wish him luck.”

Alexei Yashin, a two-time Olympic medalist
“We, the athletes from various sports, meet very rarely. An event like this, where you can meet friends and great athletes in one place, is one of a kind. I am proud and happy to have received an invitation from Alexei whom I met about 10 years ago in Monte Carlo at the Laureus World Sports Awards.”